everend Andre’ Byrd, Sr. is founding pastor of New Covenant Christian Fellowship Church in Dallas, Texas. A visionary and strong man of God, he has led this non-denominational congregation to exceptional physical and spiritual growth since its inception on October 5, 2003.

Reverend Byrd accepted the Lord’s call into the ministry in 1997 and was licensed to preach on April 27​ th​ of the same year. Before accepting the charge to form New Covenant Christian Fellowship church, he served as musical director and later Youth Pastor at Good Shepherd Baptist Church in Dallas.
Reverend Byrd was awarded a degree in religious studies from Southern Bible Institute. He has completed advanced religion courses at Dallas Baptist University where he is currently enrolled and most recently an Honorary Doctorate Degree was bestowed upon Pastor Byrd from Texas Bible Institute and Seminary. He also, holds a license as a Certified Faith-Based Counselor.
His passion for the community extends beyond leading the members of his congregation. He is also an active Board Member with Baylor – Juanita Craft Diabetes Health Aware Center. He has been recognized and honored for his work in the community and abroad by the City of Dallas, the City of DeSoto, the Dallas Fire Department, the National Baptist Convention, and several Texas universities. He is also the founder and president of the Covenant House, a rehabilitative haven for men recovering from substance abuse. His servant’s heart has lead to ministry opportunities throughout the United States, Japan, and most recently, in Ghana, West Africa.

Reverend Byrd is a native of Dallas, Texas and is married to his high school sweetheart, First Lady Jacqueline Byrd. Together they have two children, daughter, Angel, son Andre’ II, a new son-in-law Ramon and family dog Star. With Rev. Byrd as a role model, each family member is actively involved in the ministry work of the church.

From 1985 through 2006, Reverend Byrd was blessed with a successful, thriving career in the secular workforce in financial management. However, in 2006, he decided to fully devote his time and giftedness to the up-building of the kingdom, ready to respond to the move of the Holy Spirit.

Pastor Byrd Awarded ``SERMON OF THE YEAR`` at the EPITOME Awards 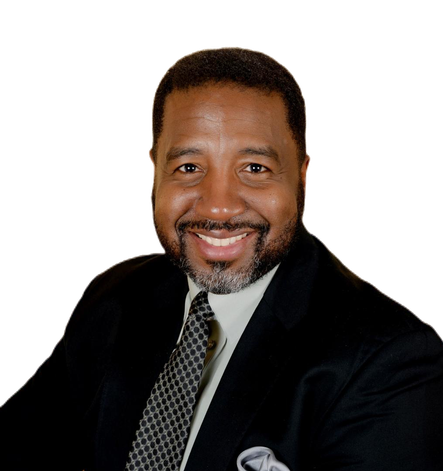